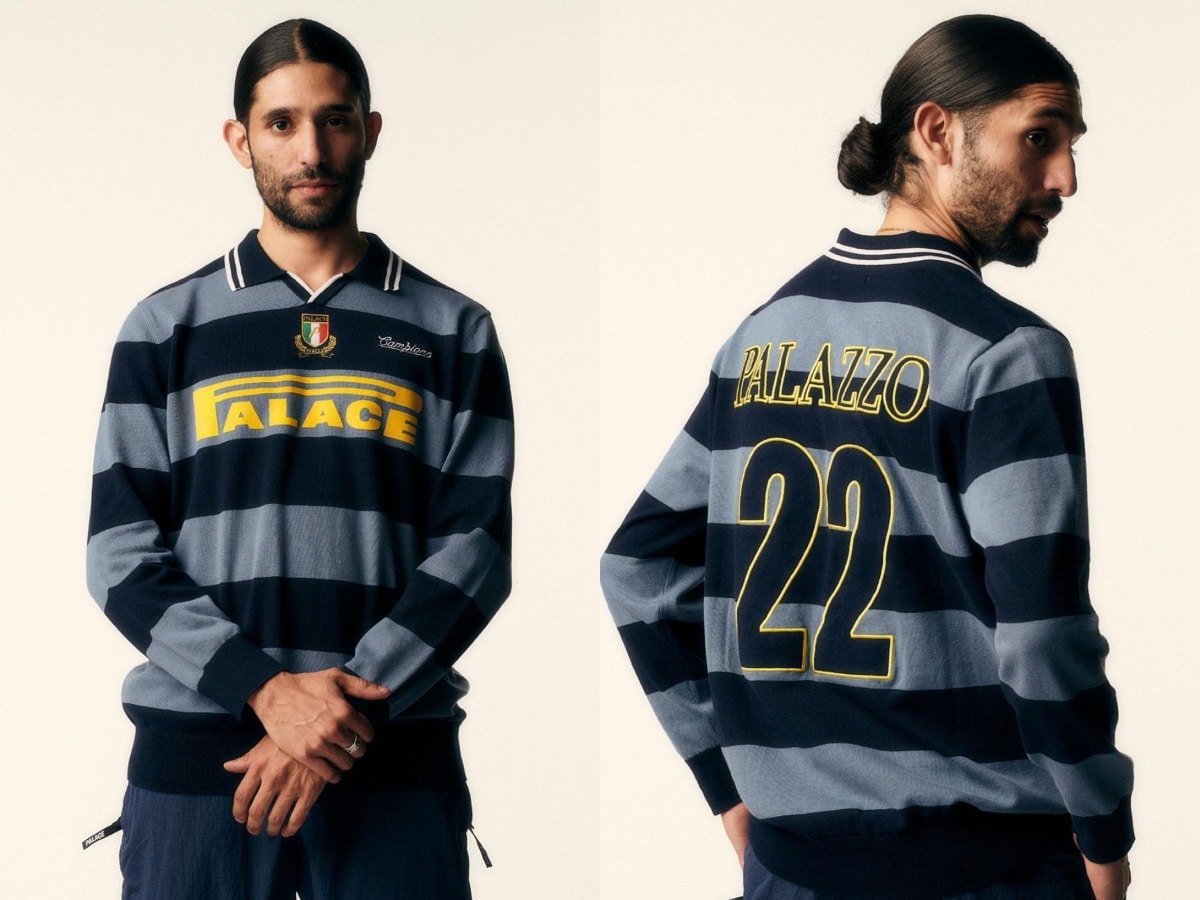 Palace have dropped one of their best football-inspired soccer kits yet. Inspired by Inter Milan’s 1998 away jersey, the Palace piece has a unique and fun spin.

Palace have made what is certainly one of their cleanest football-inspired designs to date with their spin on the Inter away jersey from 1998. Sometimes it takes a classic look and twists it a bit to create something fresh, but Palace have managed to capture the spirit of the original stride by stride.

The inspiration for this design reportedly comes from Ronaldo’s time at Inter Milan, during which he wore an iconic Pirelli shirt with light blue stripes down the sides. Now Palace have served up their own version of what many consider to be one of the best Inter shirts of all time, and they’ve done it in such a way that makes us think they might just be as great as Ronaldo was when he wore them himself!